We, Nid and I, started our Border Collie adventure in 1991 with a Border Collie named Orchidee Von Lothental  (Orchid).  She was a partly bred ISDS , KCR and LOSH , with one blue eye.

As so many we never intended to breed and Nid just wanted her for obedience and fun and as a good home pet, which she was 100 %.  Soon we fell in love with this breed, and we became members of the Belgian Border Collie Club.  There we had fun and met others that owned lovely dogs.

Some lovely years with Orchid passed by and Nid got interested in showing the breed.  Ofcourse our black and white bitch with one blue eye was not the ideal to start with, so we decided to look for a good quality showdog. During the first years with Orchie we decided to have a litter as Nid wanted a second BC.  Our Orchie had a good temperament, so we would be almost sure her puppies would have also a good character.

We finally kept 2 out of a litter of 6. A black white bitch named Shelly, and a red white Smokey, both lovely in temperament as the mother, so we got it right there and enjoyed some lovely years with them doing obedience.  I even attempted agilty with Smokey but I discovered I was not fast enough and not smart enough.  He knew better what to do than I. Anyway, we had fun and so did Shelly & Smokey . Both passed away at a respectable age of 13 and 15 years and Orchie left us when she was 13.

Eyes of the World Border Collie Kennels was established in 1996.

Health has been always an important issue.  Since we started breeding we have been testing officially for hips and eyes with certificates, then later came DNA testing for CEA, CL, TNS followed by Gonioscopy eye test (Glaucoma). With these DNA tests we were one of the first pioneers to test our dogs.

Very important to mention is the everlasting advice and support we have had from the Beagold Kennels, Mr & Mrs Cosme - Colis  Felix and Joyce.  Through out all the years this has been of great value to us, for which we still are very thankfull.  Without them it would have been difficult to reach the successes we achieved.

In the meanwhile we had our first show dog by the name 'From Bordershome Black Maggy' born in 1996 ( Sire Ch Beagold Justification x Dam Rosehurst Kiri). She was a top quality bitch and her appearance in the show ring proved it over and over again. She was in no time Multi Ch and won quiet a lot of important titles.

After Maggy came our boy Beagold Stanalone, born in 1997 (Sire SH Ch & Lux Ch Clan Abby Silver Kiwi at Beagold x Dam Jephanil My Chzech Mate). He was a gentleman in all ways, a top quality dog in the show ring a super good mover and typical appearance for the breed. Both Stanley and Maggy have given us 3 awsome litters with top quality pups.

Just to name a few :

Multi Ch Eyes of the World Alimcbeal (red/white) first overseas bred red and white to win a CC and RCC in the UK . 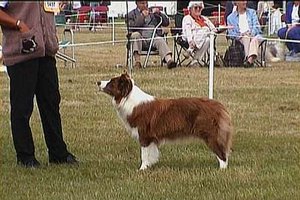 Her litter sister Ch Eyes of the World Yahoo Belle (red/white) was one of the first FCI Int Beauty Champion as she succeeded the working ability test on sheep. 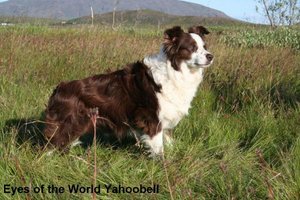 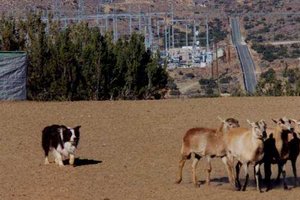 Just had to let you know that my boy Johnny, running today in his second herding trial (the first day of our 2-day Border Collie Club of Greater Los Angeles trial), got a big blue rosette for winning his class, an even bigger rosette for High Scoring Champion in Trial, an equally big rosette for High Scoring Border Collie, AND a huge rosette for High In Trial! I'm really proud of him, and of his handler/trainer Terry Kenney, and of trainer Alice Hengst who made me believe in the both of them. Beautiful trophies including an adorable sheep teapot, a boon to this tea drinker, and a Border Collie suncatcher that broke my heart when I didn't manage to win one like it last year at our Border Collie Specialty. ... All this the same week he is to be the father of five Selkie grandpups long about June lst!

He is easy to live with, a competent sheepdog, and an awesome therapy dog, being a faithful participant in the elite therapy team at UCLA/Santa Monica Medical Center in Los Angeles. So far he has sired 4 AKC champions including "Hamish". Our "Cayley", his year-old daughter, is now competing in conformation and in herding.

He is OFA hips & elbows cleared and CEA & CL & TNS negative by parentage.

Thanks, once again, to our Belgian friends Paul and Nid Schevenels and Selkie's English breeders Felix Cosme and Joyce Collis for bringing these wonderful dogs into my life. 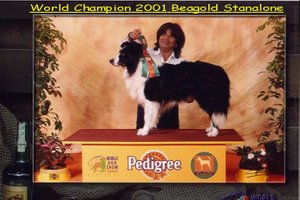 We are proud that we have made up 3 Junior World Champions : 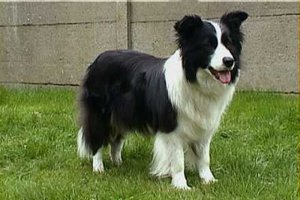 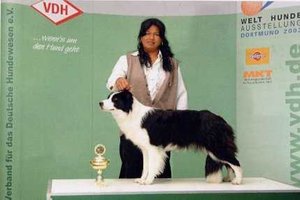 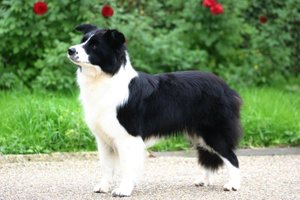 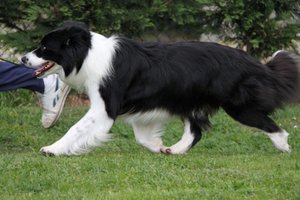 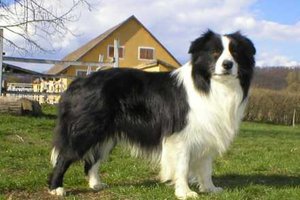 We are proud to have 1 Junior European Winner :

Int.Ch.Eyes of the World Kontiki 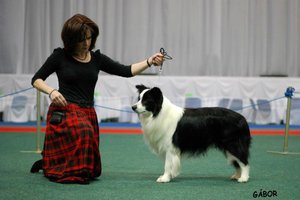 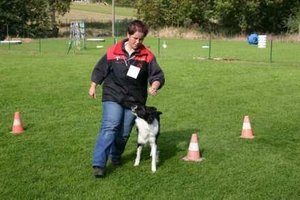 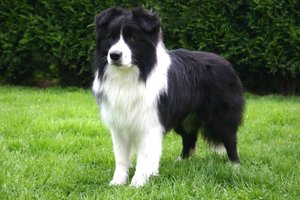 And our reward for the many years of dedication to the breed came in 2013 at Crufts "THE DADDY OF THEM ALL".

Winning Best of Breed at this prestigious show is the creme de la creme.

Multi Ch Eyes of the World Fairy Tale : First European continental self bred and self handled bitch to win Best of Breed at Crufts 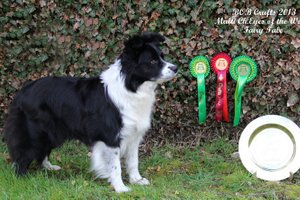 Those are just a few I want to mention, some others will be mentioned further at our home page some how.

So far a little story of our kennel established as "Eyes of the World" in 1996 under the rules of the Belgian Kennel Club St Hubertus & FCI licensed and recognised.

Mrs Isabel De Cree joined the kennel encouraged me and supported me during a very difficult period and is now co owner and my new partner and wife . 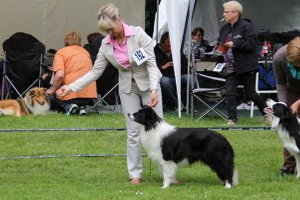